That day the buoy was 25feet/22sec.
Was one of the first times i had surf Waimea.
That year, i think 2002 was a really good season with many big swells.
I was ridding one magic 10'6" from Vincente (Danilo's Couto shaper)
This is the first wave of the video...
That wave came on a wrong direction and everyone was paddling over it.
As i was going to paddle over it too my buddy and good friend Joao de Sonis told me to go..
_Go go go it's a bomb and nobody is going!
I turn around think i could make it on a fly take off.
When you have a good board on your feet you always think crazy thing are possible.
I landed on the bottom of the wave and felt on my back.
went over the falls and hit hard almost dislocating my shoulder.
But could come back and keep surfing with my bros and the great ambiance Waimea has. 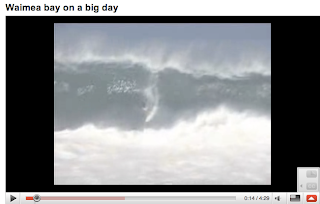 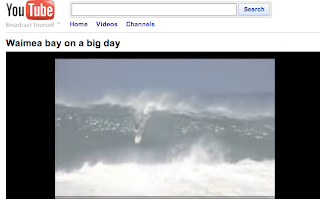 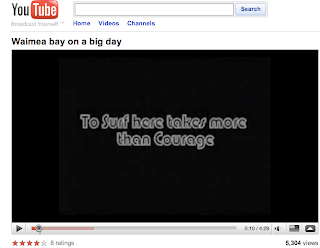 http://www.youtube.com/watch?v=gnmVF3RCqVE&feature=fvw
Posted by Eric Rebiere at 11:10 AM