Mavericks from the Left - February 2012

practing with the big boards at mavs..but when is too small is justa crazy sucking wave..nothing like was today..perfect clean walls!!
Posted by Eric Rebiere at 8:28 PM No comments:

Met this day this nice Brazilian guy here in San Francisco.
He is been surfing Mavericks for long time and is one of the contests group.
Told me some tips about where to seat and what should i do not do.
Have my 9feet repairing the fin of that and saying the board is a nice shape but just a bit light.
Thansk for all the tips and congrats for your baby coming bro!
Posted by Eric Rebiere at 6:45 PM No comments: 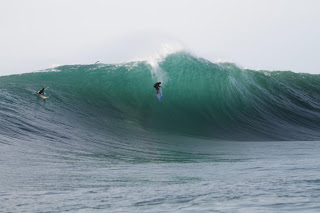 Got here at San Francisco the 31th of January at night.
My friend and big wave rider Joao de Macedo (seq), came pick me up at the airport.
Boards dindn't arrive even paying 300 euros to Airfrance, well.
Next day we went to surf Mavericks and he lend me one 9,6.
The wave is a not a big wave is a slab big wave.I am still tripping.Should be a tow left wave,heheh
With traitional local Jeff Clark ready this wil be mad, but i just saying this cause i couldn't believe how stick is the take off.
You gotta be commited as never.
Joao got some sick ones and his new grom Alex Botelho got the most crazy take off i saw from long time.
He drop under the llip and een to much cause it landed in his back.
I was going back out after a wave and stop to see if he was ok.he go back to surface jus before the next wave.
I was ready to pick him up!
My baby at the other side of the world at i need be nervous for you kid,hehhe was what i told him.
Brilliant future in front of him, as Joao and me said!
Today more!!! 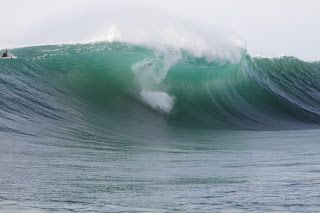 Posted by Eric Rebiere at 7:27 AM No comments:

Posted by Eric Rebiere at 1:02 PM No comments: